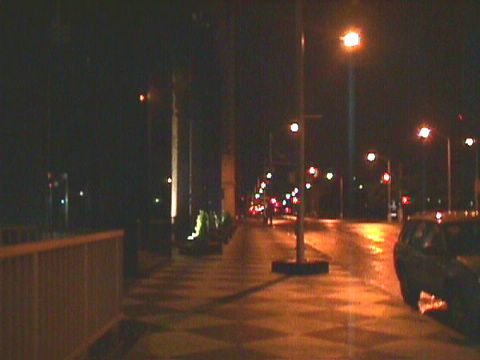 The amber sodium vapor glow of Detroit's very empty nightlife, least it was that eve. We're guessing the city was pretty dead due to the holiday but to be honest it's pretty ghostly on any night, seeing as how there are loads of abandoned buildings spookily absent of light. It's something else to confront a husk of a building in the middle of occupied buildings on the same block.