As promised the site is gradually getting a makeover, a new look that will fit the theme and colors of the art deco main menu. I just finished uploading all the pages and such for, what has been delayed too long, Vulne Pro's official EBEJEEBIES episode and image galleries. Now the EBEJEEBIES main page is still essentially under-construction so what's up there is the basic setup for now. It does work though and shall be tweaked as I go. All of the EBEJEEBIES episodes thus far, the X-mas special included, are up there to view. Aslo explore the various links and hotspots to find some EBEJEEBIES goodies. Cheers!
Posted by Vulnepro at 6:22 AM No comments:

EBEJEEBIES are back, Ep. 5 up at Coast to Coast AM!!

Howdy good infobahn surfers. Coast to Coast AM has just posted the next EBEJEEBIES episode but I hadn't realized until just awhile ago, my internet connection has been acting up all eve. This new one has been unavoidably delayed due to so many things going on we had to take them one thing at a time. We assure folks that have enjoyed them they will keep coming, no question, we're working as hard as we can on various things here at the studio.

Also, to those folks who have e-mailed us, both the Hotmail and Vulnepro.com account, and contributed Paypal donations you have our dearest thanks for the good comments and support. Sadly we've been so busy that we haven't had time to go through the mail, we will try to get to you. Also another unfortunate thing, my fault for setting it up, is Hotmail, with it's silly time detonation account inactivity limit of a month has nixed the ebejeebies@hotmail.com e-mail addy twice and I had to reactivate it both times. it's active now but empty. The reason I set it up was the Vulnepro account was so spam ridden it was useless. I have since cleared all that garbage out so I think I'll have to make an ebejeebies at vulnepro.com account soon.

As always we welcome any new fans, or casual web surfers to poke around. Anyone can post comments on this blog, you don't have to be a blogger member, just give it a go. We also encourage folks to post on the forum, yes it's dead but we would love to see it come back to activity on it's own, even if we have little time to post on it anymore. The site is under renovation so stay tuned for continued updates and changes. I also continue my heartfelt thanks to Lex and the Coast to Coast crew, truly one of the most entertaining and vital radio shows on air.

Yesterday, Wednesday April 6th, we embarked on our 3rd location photo-shoot (we also did a small shoot at The Shrine of the Little Flower the previous week) in our fine and frankly fascinating fair city of Detroit Michigan. Jeff, Gina Stevens a good friend I've known for some time, and I ventured out to several locations shooting more images of a city I have lived near for so long only now have I come to truly appreciate.

First we shot over to John King books to drop off some postcards of the first rough concept art for this project, the shot of the flying Hummer approaching John King. We did another shoot on the roof, as the weather was fantastic though hazy so Jeff and I took more shots of the city from the roof vantage, we also took some shots of Gina as we're basing a character off her. Next it was a ride on The People Mover to Lafayette to get some photo coverage of the Lone Star Mexican restaurant and the surrounding area. This building is featured in the comic short story in the works now that was actually the launch pad for the entire "Cricket Song" Detroit animation project. After stopping in the Lone Star to actually sample their food, quite tasty Mexican cuisine I must say, we hopped back on the People Mover to head over to the Financial District and the gorgeous Guardian building, a building the more I see the more in love with I am. Christopher the Guardian's informative concierge, and just a really cool guy, gave us another peek at a few of the Guardian’s interesting highlights. I can't even begin to tell you how impressive this building really is, as I said in the past post, photos just don't do it justice; you simply have to "experience" it. We plan to feature the building in a major way in the show but for now it's all about getting a feel for the locations, once the project moves into further stages we'll get more involved with the needed permissions and paperwork for what we hope to show of these locations. That's something down the line; right now it's scouting the possible set locations and working on the scripts for the show. After doing some coverage of The Guardian we headed over to The Penobscot, another gorgeous art deco building (also designed by architect Wirt C. Rowland the man behind The guardian's beauty) we didn't end up taking many photos there as we found that a letter of intent, I.E. explaining why our studio was taking the photos is needed (a result of the tragedy of 911 which has folks somewhat understandably spooked in tall buildings about folks just taking random photos). This we'll do in the future as we're considering that building as another set, something interesting Jeff came up with during the shoot. The Penobscot was our final location we scouted, we didn't go into the Buhl (right across form The Guardian) as I imagine we might need to suss out whether they need a letter of intent as well. We're sure to hit The Buhl in the future.

It was a great shoot and a blast looking over the city with a fine toothcomb. The thing about doing this kind of thing is, at the moment it's simply about getting as many images as possible because we're just getting a feel for what we want to feature in this project, what will direct the look of our future Detroit in 2042. In doing shoots this way it becomes utterly overwhelming as the city really DOES have a tremendous wealth of untapped character for a project of this kind, Detroit is a city that has sorely been underexposed in cinema. Of course once the scripts come more into focus, and they are moving along, we'll focus the shoots more on what the scripts require rather than excessive coverage of locations never featured. My thinking is always more is better in the case of preparing a project of this kind so it's been an enjoyable process so far for everyone involved, and I can't help but thank them for their enthusiastic participation.

Yes there is artwork, as yet un-posted, for "Cricket Song" soon to be revealed on the site, stay tuned folks. The next EBEJEEBIES is indeed done and has been for a few weeks, I sent it to Coast to Coast but I think it may have either gotten lost in the limbo of the Infobahn or Coast has simply been awfully busy, either way I have to fire an e-mail to check in with them. I have finally gotten some time to begin some site re-vamps and updates to the layout and navigation. There is a lot to do on the site so bear with us it'll take a bit of time, as I progress on the changes the galleries will get a good deal of new art that has been delayed posting for some time. The EBEJEEBIES section is being worked on as well and shall feature all the strips done thus far, amusing character info and Vulne Pro.com specific goodies. Fairly lengthily update but seeing as how we've had a couple weeks since the last one I'm getting everyone up to speed

Posted by Vulnepro at 2:41 AM No comments: 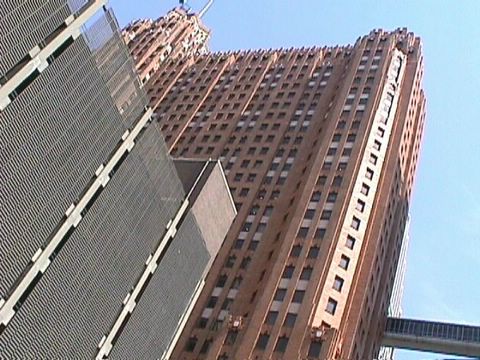 A low-angle shot of The Guardian. Once you know this building's profile in the Detroit skyline it's ALWAYS easy to pick it out as its color makes it stand out, let alone it's visual extravagance.

Posted by Vulnepro at 2:33 AM No comments: 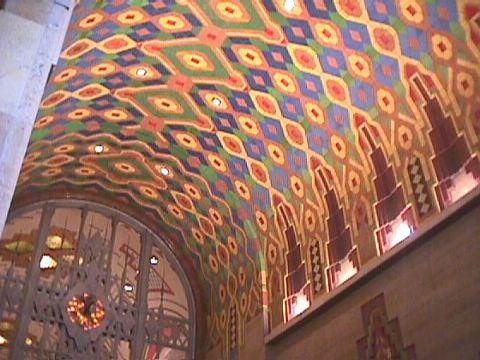 The incredible detail and assault of color inside The Guardian is quite awe-striking in person. This shot here is of the ceiling in the lobby, walk in the building and look up and this is what you'll see. They simply don't make em like this anymore.

Posted by Vulnepro at 2:30 AM No comments: 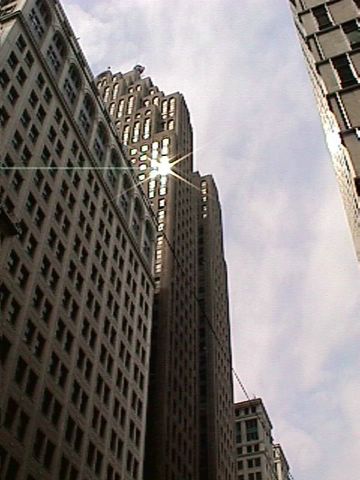 Shot of The Penobscot building, only a few blocks down from The Guardian. Seems the holy light of doom is blooming from the windows up there... no wait that's just that big ole ball of gas we call the Sun.

Posted by Vulnepro at 2:28 AM No comments: 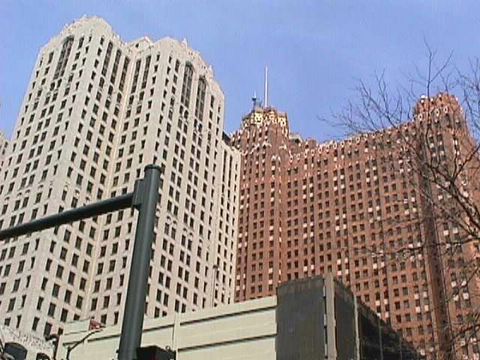 Another shot of the striking Guardian building from a low angle

Posted by Vulnepro at 2:23 AM No comments: